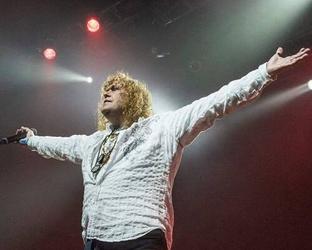 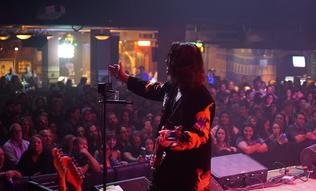 David Roberts has been performing in original and tribute bands for many years and has become one of the most recognizable frontmen in Texas.  Equally at ease singing Robert Plant, David Coverdale, or Sammy Hagar, David has proven to be a versatile vocalist with great command of the stage and the audience. Performing as Robert Plant, he brings the energy, the voice, and the look required to transport audiences back to Zeppelin's glory days.

Chris Manning has been performing as Jimmy Page in Led Zeppelin tribute bands since 2011 and continues to perfect his technique and tone while having an attention to detail that is evident in everything he does.  Skilled in a variety of guitar techniques, Chris performs the riffs of Jimmy Page with feel, intensity, and accuracy.

Tom White brings the unmistakable thunder and chops of John Bohnam to The Zeppelin Project, especially in the jaw-dropping "Moby Dick" solo!   Tom has performed throughout Texas, Arkansas, Missouri, and Louisiana and has been a student of John Bonham as far back as he can remember.

Rick Read is a multi-instrumentalist and a lifelong Zeppelin fan and brings John Paul Jones' bass and keyboard lines to life in The Zeppelin Project.  His dedication to his craft is evident in everything he does whether it's live performances, songwriting, or recording work. 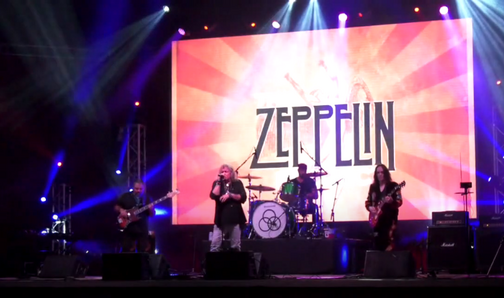 The Zeppelin Project does what very few Led Zeppelin tribute bands do - Perform accurate (live) versions of the beloved studio recordings with an attention to detail that honors Zeppelin’s musical legacy.  Since 2011 the members of The Zeppelin Project have trekked across the U.S. perfecting their show while performing venues including the House of Blues and larger venues all the way up to festival crowds in the thousands.

The testimonials, experience, and reputation for reproducing the sound of Led Zeppelin make The Zeppelin Project one of the premier Zeppelin tribute bands in the U.S.