The band was called upon frequently to play back-up for several ex-Beatles during their years with Apple. Badfinger played on George Harrison's"All Things Must Pass" album and appeared at the benefit "Concert for Bangladesh" sponsored by Harrison. John Lennon called on them to play on"Imagine", and the band backed Ringo Starr on the #4 hit single"It Don't Come Easy"

Badfinger continues to thrill audiences with their concerts today, performing all of their hits and putting on a high-energy show that fans just can't seem to get enough of!

With their tight harmonies and signature sound, Badfinger still puts on a show that is a must see for audiences of all ages!! 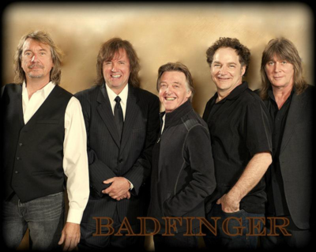 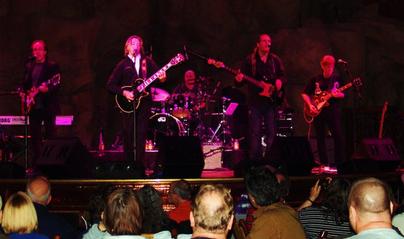 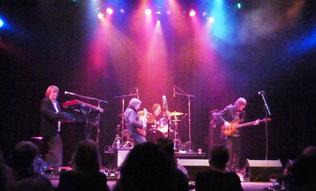 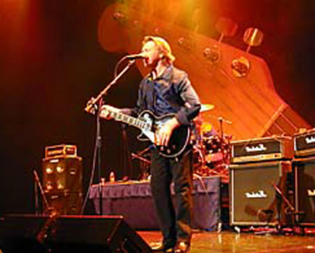 Badfinger, (originally The Iveys), was Discovered By The Beatles! Badfinger was the first outside group signed to The Beatles' Apple label!

After chart success with "Maybe Tomorrow", The Iveys were renamed Badfinger,and in the fall of 1969 began work on the soundtrack for the Peter Sellers - Ringo Starr film "The Magic Christian". Paul McCartney supervised the recording and wrote "Come And Get It" for the film and Badfinger. It became the group's first major hit!

In addition to appearing on the soundtrack album, the group's songs for the film were also featured on their first LP, "Magic Christian Music". Quickly consolidating their success, Badfinger released a second album in 1970, "No Dice". This LP, in addition to including their hit, "No Matter What", provided Harry Nilsson with a #1 hit single in early 1972 when he covered Badfinger's "Without You"! Badfinger received critical acclaim for this album, with Rolling Stone magazine naming "No Dice" one of the best of the year!

The string of hits continued with the release of the group's third and most successful album, "Straight Up". Spinning off the hits "Day After Day" and "Baby Blue". Badfinger also completed a well-received stadium tour of the U.S. in 1972 performing for hundreds of thousands of fans.