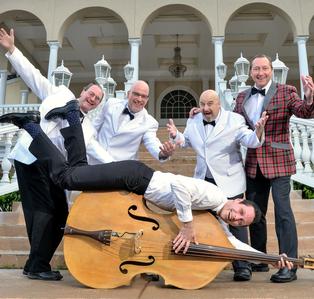 If only for the impact of “Rock Around the Clock”,  Bill Haley would deserve a place in the Rock and Roll Hall of Fame (He was inducted in 1987)!

Yet his impact in the early days of Rock and Roll went well beyond that milestone!  Two years earlier he’d put out “Crazy, Man, Crazy” an original amalgam of country and R&B that arguably became the first rock and roll record to register on Billboard’s pop chart!

For most of the Fifties, Bill Haley was a presence on the record charts, and he appeared in several rock and roll movies aimed at teenagers.  It is estimated that Bill Haley and His Comets have sold 60 million records worldwide.

How important was “Rock Around the Clock”?
“Before it became a hit in summer 1955 - more than a year after it was recorded - Rock ‘n’ Roll was virtually an underground movement, something kids listened to on the sly,” wrote journalist Alex Frazer-Harrison. “This changed after ‘Rock Around the Clock.’ The music was everywhere!”

Bill Haley has been called “The Father of Rock and Roll” and “Rock ‘n’ Roll’s first star!”  “We premiered it,” he told Rolling Stone in 1967. “We put country & western together with rhythm & blues, and that was rock.  The first three years were ours, all ours, till [Elvis] Presley came along.”  Bill Haley even helped give Rock and Roll its name!  Bill Haley penned a song called “Rock-A-Beatin’ Boogie” - whose chorus went “Rock, rock, rock everybody/Roll, roll, roll everybody” - that was recorded by the Treniers in 1953 and adopted by disc jockey Alan Freed on his Cleveland-based Moondog radio show!

Now his Son, Bill Haley Jr. & The Comets, recapture the heyday of his famous father and The Comets and carry on the tradition his father started! 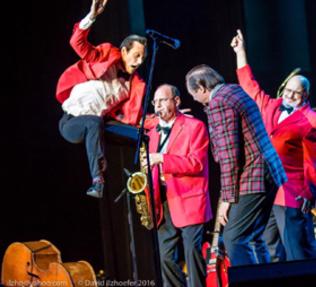 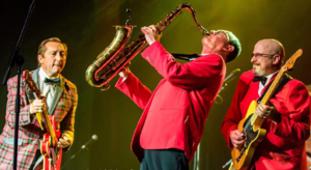 Re-creating the Music, the Feel, the Excitement, the Authentic Stage Costuming and the Energy, Bill Haley Jr. & The Comets will transport audiences back to the very beginning of Rock & Roll!

Audiences will be on their feet, dancing in the aisles and singing along to every song during this incredible, All-Ages, Affordable Show!! 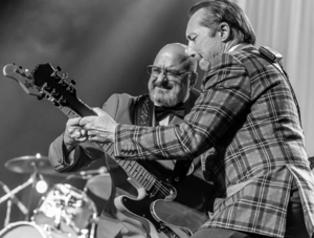