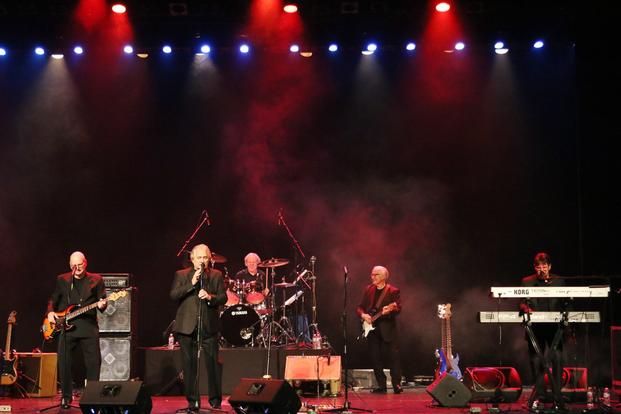 The 1910 Fruitgum Company ® virtually exploded onto the National charts in 1968 with the first single release, "SIMON SAYS". The song quickly moved up the charts to become a Top record on the national charts and the top of the charts in the United Kingdom. The 1910 Fruitgum Company followed up this initial success with another smash hit, "1-2-3 RED LIGHT". The group’s next hit record, "INDIAN GIVER" became The 1910 Fruitgum Company’s third Gold record. Other releases to follow included, "MAY I TAKE A GIANT STEP", “SPECIAL DELIVERY”, “THE TRAIN”, “WHEN WE GET MARRIED” and “REFLECTIONS IN THE LOOKING GLASS”. Several other songs created a virtual treasure chest of albums!

Today, The 1910 Fruitgum Company travels and performs throughout the United States. Our venues include large capacity concerts and we have appeared on Dick Clark’s American Bandstand and numerous tv and radio shows as well as Las Vegas and Atlantic City. The group has shared the stage and toured with such music and entertainment giants as, The Beach Boys, Lou Christie, Sly and the Family Stone, The Buckinghams, John Ford Coley, Maxine Nightingale, Tommy Roe, Mark Lindsey (original lead singer of Paul Revere and the Raiders), The Vogues, The Archies' Ron Dante, Gary US Bonds, Jim Yester of the Association, Melanie, Commander Cody and numerous other top acts. Today, the group is back, with original founding member Frank Jeckell along with Mick Mansueto, and going strong. We perform our hit records along with the very best cover tunes from the 60's from acts such as The Turtles, The Buckinghams, The Beach Boys, The Grass Roots, B. J. Thomas, The Monkees, The British Invasion and a host of other acts.