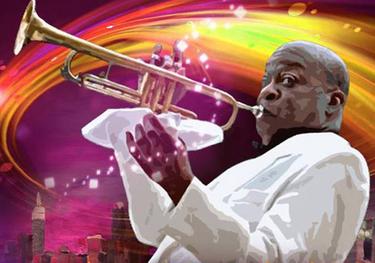 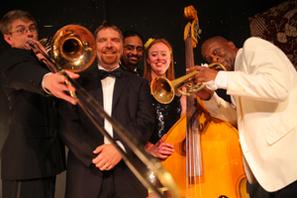 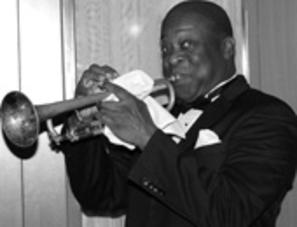 The following Videos were recorded LIVE at a Sold-Out Performance

Satchmo  is the latest sensation to hit the entertainment scene today!  Virtuoso trumpeter Dean Simms, as Satchmo, is the leader of this awesome band.

Along with his Uncanny re-creation of Louis Armstrong,  Dean has performed or recorded lead trumpet with many famous acts, such as the Ohio Players, Rick James Stone City Band, Peabo Bryson, Little Anthony, Roger Troutman, and many more.

Satchmo's plays trumpet like the master himself, and matches his singing style exactly as well as his playing, showmanship and on-stage persona!

When Satchmo performs,  astonished fans are in amazement, “When I close my eyes I hear Satchmo”!   They do a double take to see if it’s a Armstrong recording, or is it really Simms singing.   Happening right before their very eyes, the spirit of Louis Armstrong’s likeness is actually being manifested!

The audience is immediately captivated! They are taken on an epic journey of Louis Armstrong’s “bigger than life” stellar career!  Satchmo's rendition of
“Basin Street Blues”, show stopping Conga-line performance of the “Saints Go Marching In”, up tempo version of a “Wonderful World”, “St Louis Blues”, and ending their 90 minute show with a standing encore performance of “Hello Dolly”, that leaves you totally mesmerized!  Experience this great event yourself!

Satchmo - It Don't Mean A Thing / Hit The Road Jack