They went on to record several more Hit Singles including, “This Time” and “Trials Of The Heart”!  With many Hit Singles and Hit Albums,  their unforgettable melodies are still receiving  National and Worldwide attention and airplay!

All of the CHAMPAIGN hits were preceded by classic music videos reaching Top 5 status across the charts on MTV, VH1 and BET!  CHAMPAIGN has appeared on most of the hit music tv shows like American Bandstand, Soul Train, Solid Gold, Top Of The Pop (England) and many others!

The Heart & Soul of CHAMPAIGN is original lead vocalist, Pauli Carman, who added two more solo hit singles, “Dial My Number” and “In The Heat Of The Night” to their repertoire, who along with members;  Paul Richmond (Bass) who is a Grammy-Nominated songwriter, Carma (Vocals), DC (Vocals), Terry Richmond  (Guitar) and Zorin McGuire (Drums) form this incredible group!

CHAMPAIGN is an incredible show performing hit after hit and always leaving the audiences screaming for more! 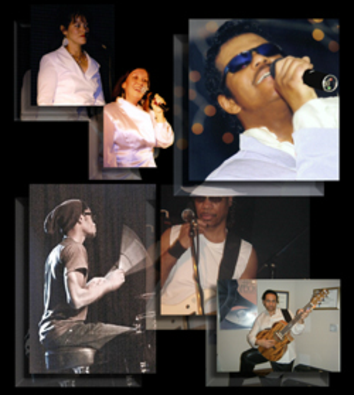 Multi-Platinum Recording Artists, CHAMPAIGN, are known for their incredible vocals and amazing hits that crossed over most music genres worldwide!

Their first release in the 80’s, "How 'Bout Us"- skyrocketed to #1 on charts worldwide, according to Billboard Magazine,  Pop Charts,  Soul Charts and Easy Listening!   CHAMPAIGN went on with further Platinum and Gold acclaim with such hits as "Try Again" from the album "Modern Heart" and "Off and On Love" from the album "Woman In Flames".