Captain Beyond is a Supergroup, founded by Bobby Caldwell, that has influenced musician's worldwide and provided spectacular music to all enthusiasts in the Galaxy.

One of music's most influential and trend setting groups has recently announced their reformation, the super group, Captain Beyond!  These extraordinary musicians and the music they created remains as fresh and innovative as when it was first released!

Captain Beyond has always led with a musical statement and never followed the “flavor of the month” trends of music. The term progressive rock had to have been created for this group.

Demonstrating the unpredictable yet melodic song format has elevated their name in music history to an almost fanatical cult-like status. From the legendary “Dancing Madly Backwards”, “Raging River of Fear” to “Sufficiently Breathless”, “Distant Sun”, "Fantasy" or a “Thousand Days of Yesterdays”, the listeners are reminded of a truly historical band!

Bobby Caldwell – A highly respected musician, Bobby is a co-founder of Captain Beyond. He is an incredible drummer, singer, and a songwriter. Rick Derringer and Bobby also recorded the classic hit version of “Rock and Roll Hoochie Koo”. In addition, Bobby is a featured member of Johnny Winter.  He has also had the pleasure of playing with a host of other musical notables, among them, Armageddon and The Allman Brothers Band. Bobby is humble and devoted to his music.

Jeff “Boday” Christensen – He is a historic guitarist from Minneapolis, Minnesota who brings a lifetime of fire, energy, and experience. Having played also in the legendary band Crow, whose big hit “Evil Woman” was covered by British icons, Black Sabbath. Jeff brings dedication, skill, and a style all his own to the group.

Don Bonzi – He is an extremely dedicated guitarist and singer, who spent his life devoted to music. He has performed with and shared the stage with literally the who’s who of rock-and-roll music, accumulating over 25 album credits. In addition, most recently he worked with the late Rhino Reinhardt of Captain Beyond on two separate album projects, as well as playing with Lee Dorman from the original Iron Butterfly and Captain Beyond.

Simon Lind – His humility and unique voice set him apart from his contemporaries. After fronting and playing guitar in England gigging on the Edinburgh (his home town) blues-rock circuit, Simon moved to Warrington, formed a band, Crossfire, playing keyboard, guitar and lead vocals. He joined as guitarist for a progressive rock band, FULA.

Jeff “The Count” Artabasy – Originally from Wisconsin, The Count is super versatile multi-genre bassist of the highest order. Having come out of the 70's music scene, he has played with everyone from A to Z. A former member of Captain Beyond back in 1970, he has returned to bring the thunder and touch the soul through his straight to the heart virtuosity. 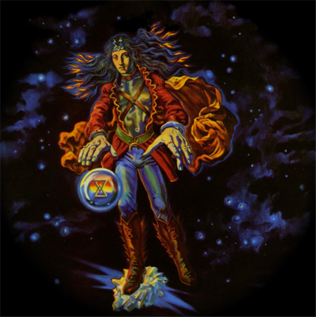 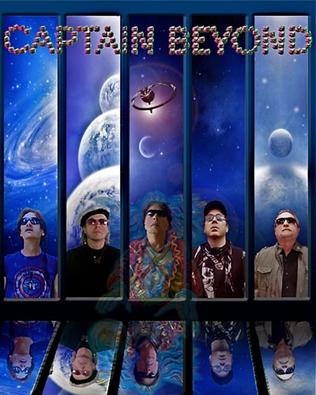